It was a humid, sunny and rainy Sunday when the group landed at the SJO airport. You know in Costa Rica everything is posible, talking about wheather conditions. They had a little stop in a very famous supermarket to do a little grocery shop for the week. Then we continue our way to CPI Heredia to take a look of the school where they are going to be studying for three weeks. Also to wait for the host families to come and meet their new family member. After the welcome orientation the girls leave the CPI campus to start the full immersion and to go have dinner with their tico-family.

The students came to Costa Rica to learn spanish. They are going to be studying for 4 weeks. Four hours per day during mornings with “tarea” for home every class day. But learning spanish is not all what they are doing here. They had a latin cooking class where they prepared Patacones which is basically fried and crushed green plantain. After we eat the Patacones that we cooked the girls were prepared to go to the dancefloor and make some latin steps. They had a latin dance class with teacher Andrea. They got to know the basics to dance salsa, merengue and bachata. It was very fun!!

Later on we had a walk around San Joaquin downtown. San Joaquin is a small town, so the girls got to see the church, the soccer field, the city hall, restaurants and other important places that may visite later while they are living in the area. We played a photo treasure hunt in downtown were they had to ask the local people in the streets about important facts of Costa Rica.

Catawba College group has a particular schedules where they have some free afternoons where they can go explore by themselves.

The first weekend we travel to Manuel Antonio beach town. It was a 4 hours drive to get to the hotel. On the way there we made a stop in a very famous restaurant to have a very typical lunch accompanied with a nice view of the mountains. Also we stopped at the Tarcoles river`s bridge where you can go and see one of the largest crocodiles in the world.

Once in the hotel we got the night for relaxing, rest and get ready for the next day`s adventure. Manuel Antonio National Park is one of the most visited parks in Costa Rica.

It was drizzling early in the morning but that create the perfect condition for a walk in the forest and also for the wildlife to show up. We were so lucky because we got to see a lot of animals like monkeys, racoons, the famous three toed sloth, lizards, frogs, bats and some others. I say we were lucky because some people that have visited the Park before don`t get to see so many wildlife. Once we got to the beach the sun came out for us to enjoy a perfect day.

Next day the girls had the morning free to spend time at the beach and do some souvenir shopping at the local tourist stores. In the afternoon we started our way back to Heredia to get ready for another week of spanish classes at CPI`s school.

During the week a group of costarican indigenous called "Borucas" came to the school to share their culture and show us part of the traditions that they keep in their community. The girls asked some questions about their traditional celebration. "La fiesta de los diablitos" is a party that they celebrate every year where they represent the fight against the Spanish conquers many years ago. During the celebration they use masks that the shape and paint. The girls got to see their artcrafts and also they had the chance to learn how to sculpt a mask. 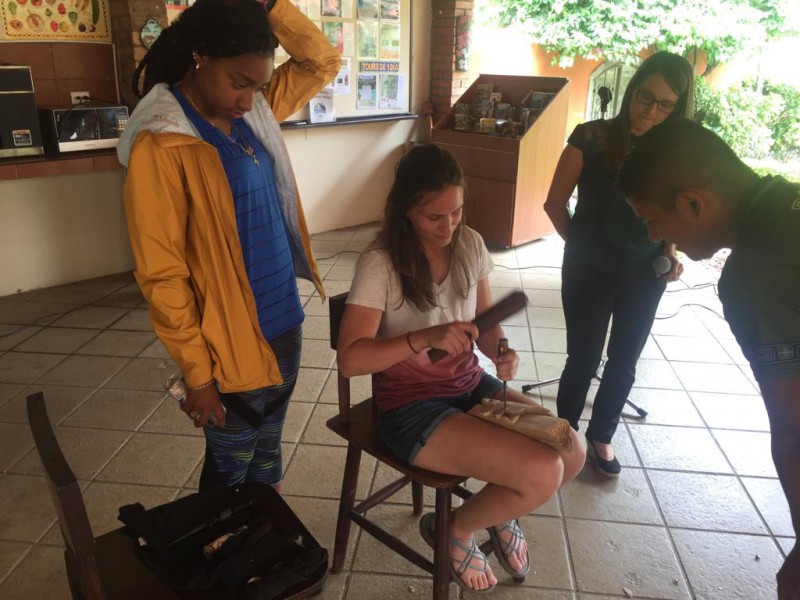 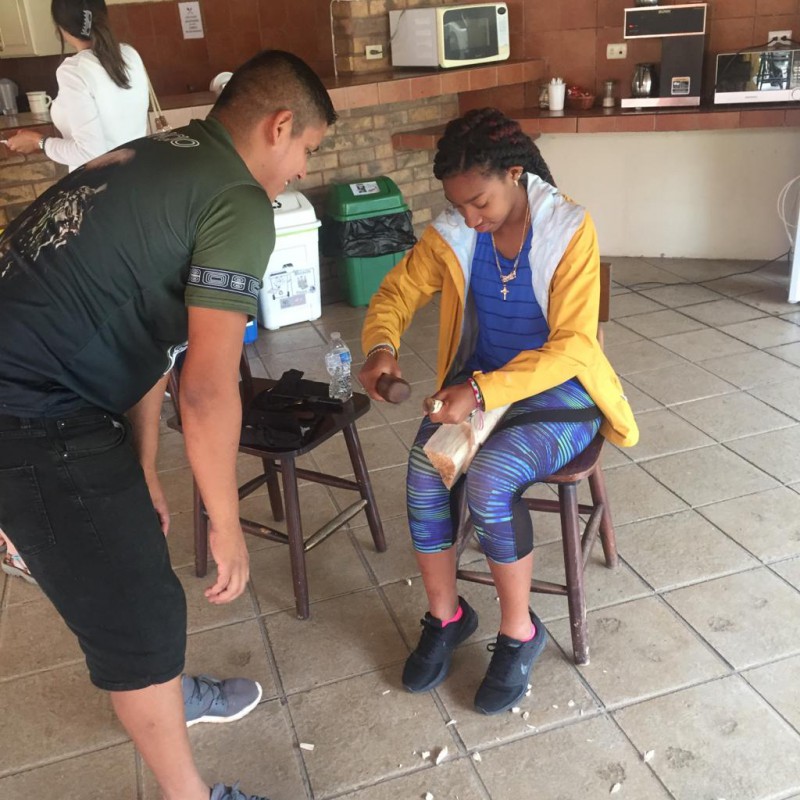 On the second weekend the girls and I had and excursion to the Caribbean side of Costa Rica. White water Rafting in Siquirres town on the Pacuare river. The best river in the country for Rafting and Kayak competitions. So during rainy season the conditions are even better for the adventure. We rode rapids level 3 and 4. It wasn`t easy at all but our effort and teamwork made it possible. Amazing experience through virgin tropical forest and some amazing waterfalls. After we ate lunch we started our way back to the central valley to continue their costarican immersion. 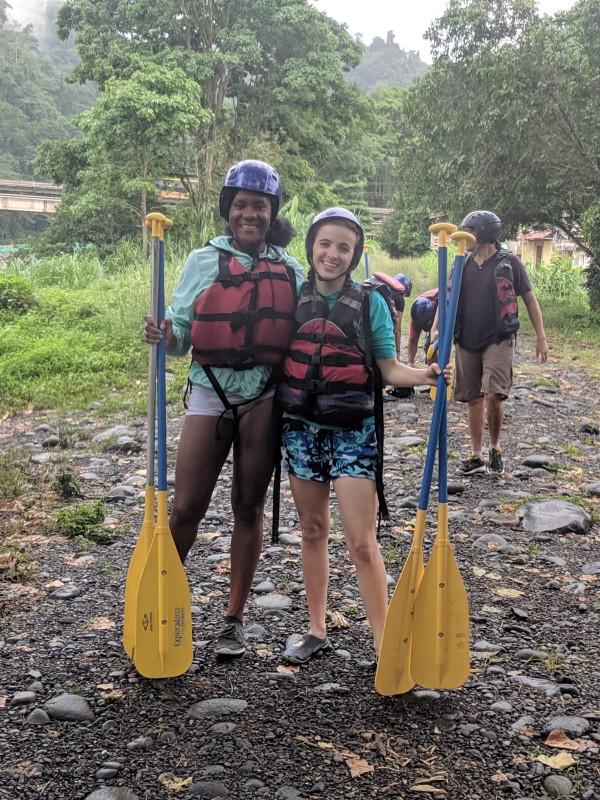